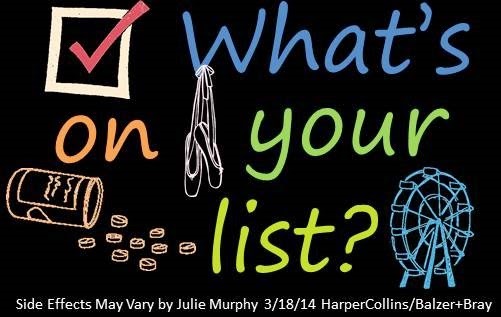 Not much gets me on here to blog. With such limited time for writing, I feel like I should be spending all my time working on my fiction. But when Julie Murphy put out a call for bucket lists to celebrate the release of SIDE EFFECTS MAY VARY (out TODAY!! Go Get It!!), I knew I had to participate. First of all, Julie is just awesome. Second, SIDE EFFECTS MAY VARY is one of the best debuts I've ever read, and I'm just madly in love with the book. Lastly, I have a bit of an obsession with bucket lists. :)

I started making bucket lists when I was in elementary school, secretly writing about all the lofty ambitions I would accomplish and exotic places I would visit. In first grade, I'd pored through all the books in the classroom, so my teacher gave me a biography of Napoleon. That fueled an obsession with France that persists, as well as resulting in my first travel list, which was also my first somewhat realistic bucket list (i.e. the one that didn't have winning 3 Olympic gold medals and 3 Oscars).

From that list forward, there are certain items that pop up on almost every version of a bucket list I've ever made. I'm a big believer in writing things down if you want to make them happen, so perhaps it's no surprise that I have crossed quite a few "perennial" items off the list. I chose to share some of this "Ultimate List" to honor Alice, the main character in SIDE EFFECTS MAY VARY.

1. Graduate from law school. DONE. Many people who meet me in a writing capacity are surprised when I tell them that I also practice law because I don't have the personality most people associate with lawyers. I've always loved law, but I prefer to stay behind the scenes & out of court. 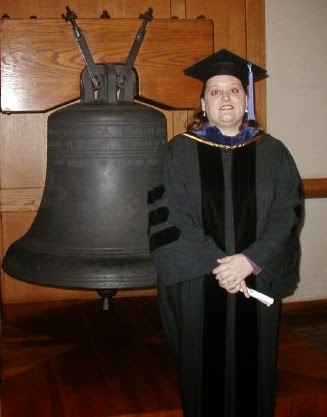 A lot of hard work and tuition money went into the picture above.
2. Publish a book. This has been a goal ever since the first scribblings of stories in crayon, but I didn't seriously start writing fiction until November 2008. Since then, I've been working hard on improving my craft and learning about the industry. I've had two short stories published, and each sentence I write brings me one step closer to this goal. I haven't reached it yet, but I'm getting close. 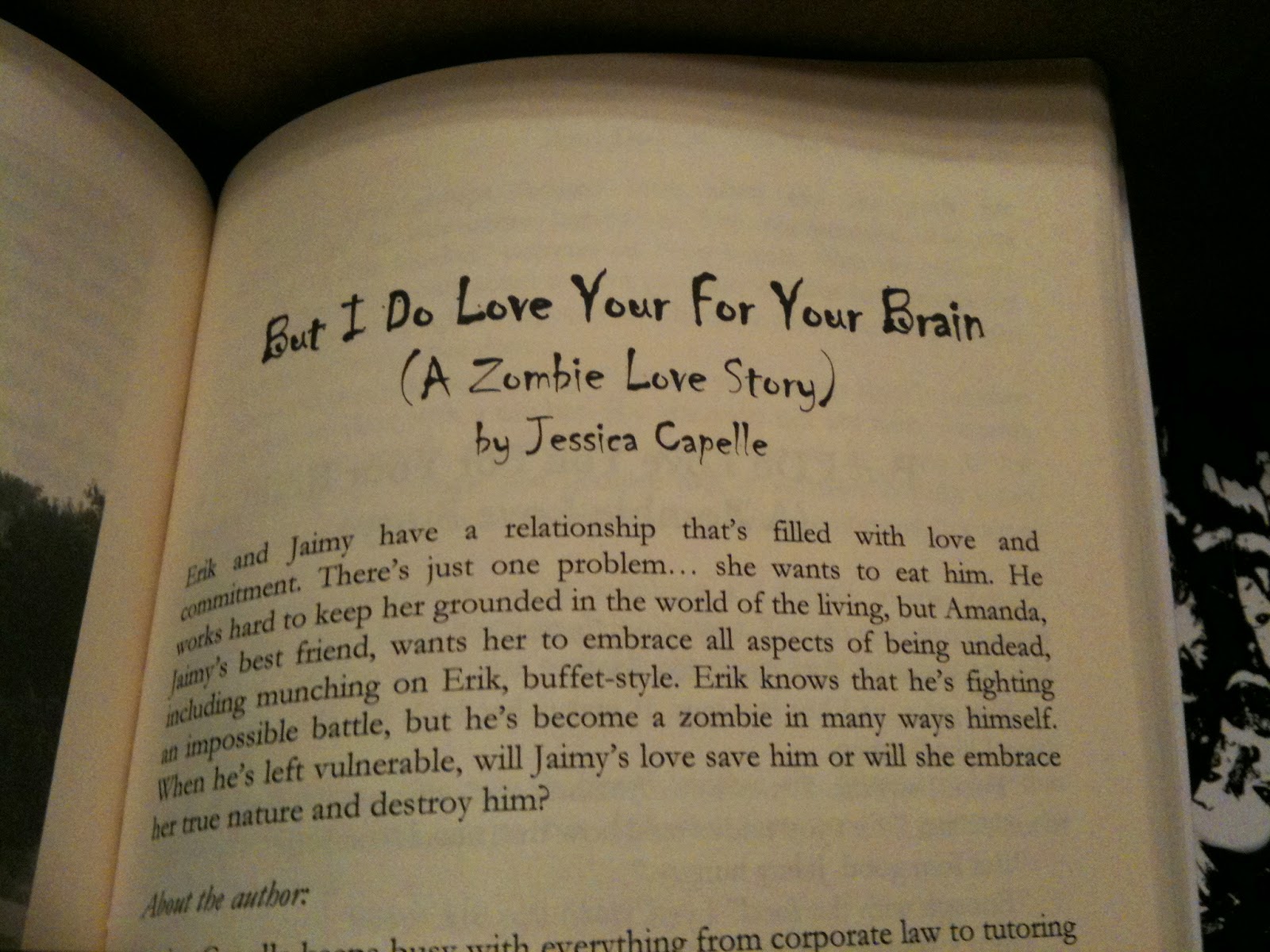 My first published short story, in an anthology called UNDEAD IS NOT AN OPTION.
3. Visit and live in Paris. DONE. As I said, my obsession with France came early. I studied French in high school and college and fell even more in love (my undergraduate degree is actually in French). I finally visited for Paris for the first time in March of 1998, and I went back that summer to study. Unfortunately my financial aid for my program fell through, so I only stayed a month. But I was able to soak up the city and culture more than I ever would have had I sat in class all day. 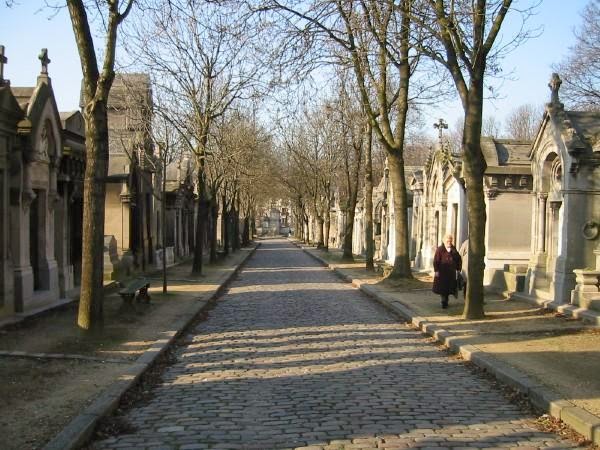 This is Père-Lachaise Cemetery in Paris. It's so peaceful and full of beautiful monuments.
4. Study great art. ONGOING. I always like to keep a few things that can't be crossed off as a reminder to keep learning and keep striving for goals. Whether through museum visits, books, or courses, I'll be studying art for the rest of my life. I definitely have specific pieces I've crossed off my list (the Winged Nike of Samothrace, Boticelli's Birth of Venus, Van Gogh's Starry Night are a few), but there will always be many more I want to see. 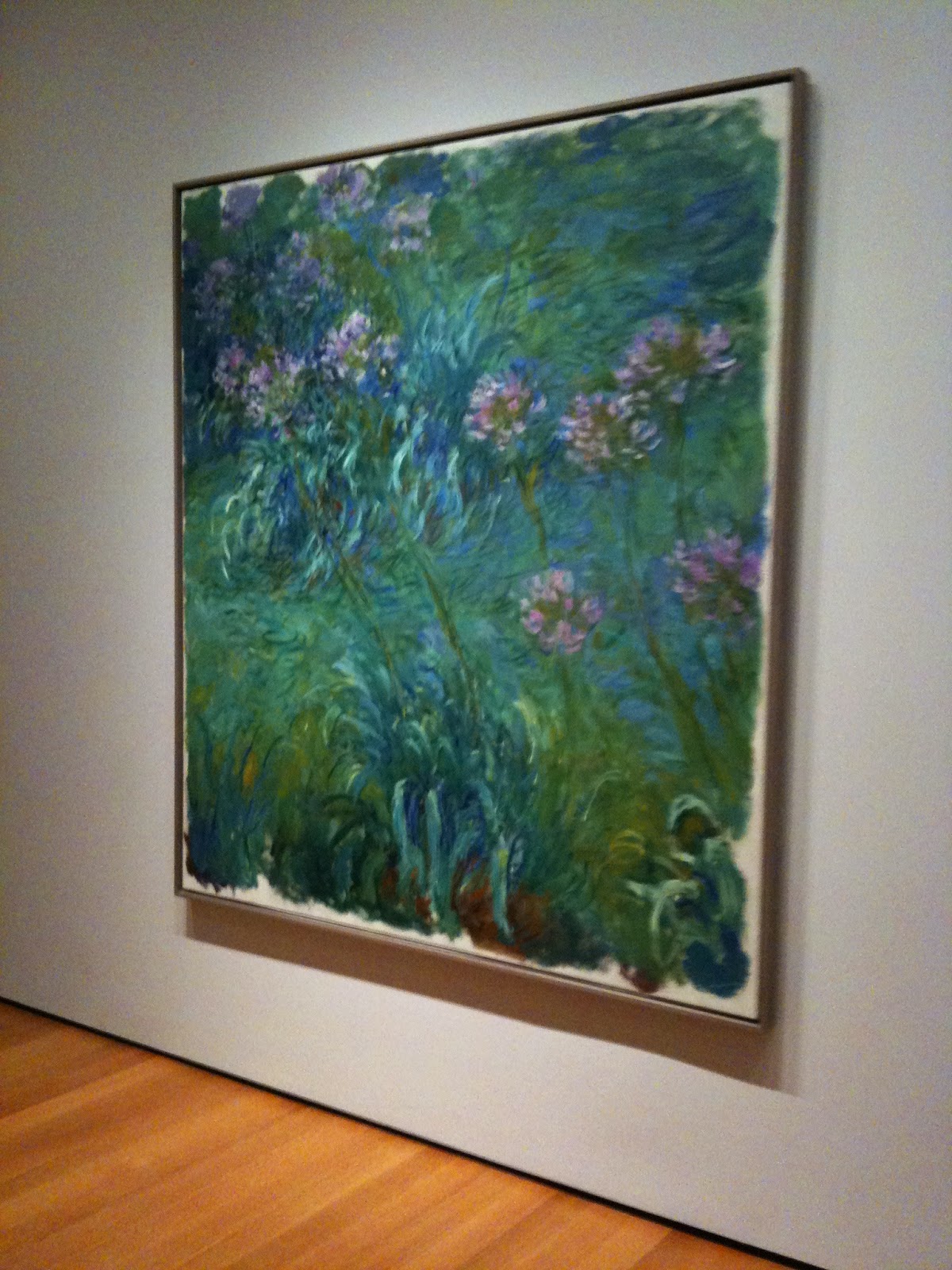 ﻿
This is Agapanthus by Claude Monet at the Museum of Modern Art in NYC. It figures prominently in the Middle Grade book I'm revising.﻿
5. Visit the Taj Mahal. I'm a bit obsessive about architecture, especially this building. I almost got to go during law school. My study abroad in India included a short trip to Agra to see the Taj, but because of safety concerns after September 11th, they had to cancel the program. Instead that summer, my favorite professor convinced me to come take a class with him in Durham, England. As sad as I was to miss out on the experience in India, I will never regret going to Durham. Some of my favorite memories were made during that trip. I spent three weeks prior to classes in London, parts of Italy, and Brussels, then a month in Durham with side trips to Edinburgh, Newcastle, Amsterdam, the North Yorkshire area, and back to London. Two experiences really stand out: traveling halfway across Northern England following Hadrian's Wall and riding with a Belgian couple from Menaggio Italy to Brussels via Switzerland, Luxembourg, France in one day. 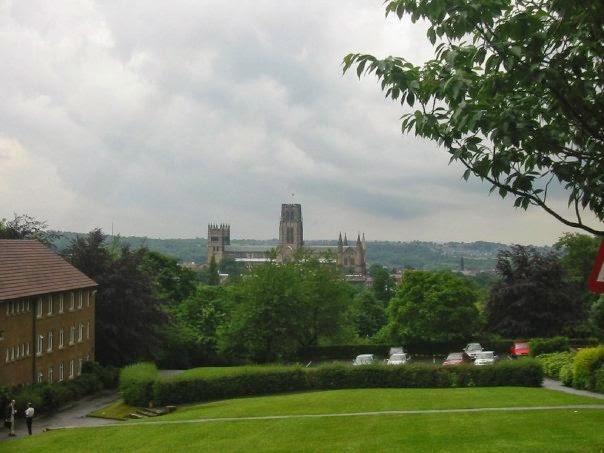 This was the view walking to class each day that I would have missed if I hadn't gone to Durham.
As much as I still love my lists, my experiences with crossing items off have taught me a valuable lesson over and over: never get so married to your plans that you miss out on other experiences. Going "off script" often leads to the best stories!
In SIDE EFFECTS MAY VARY, Alice creates an altogether different bucket list. Here's the description:
When sixteen-year-old Alice is diagnosed with leukemia, she vows to spend her final months righting wrongs. So she convinces her best friend to help her with a crazy bucket list that's as much about revenge as it is about hope. But just when Alice's scores are settled, she goes into remission, and now she must face the consequences of all she's said and done.
You can find the book at one of these sites or in your local bookstore.

Julie Murphy lives in North Texas with her husband who loves her, her dog who adores her, and her cat who tolerates her. When she's not writing or trying to catch stray cats, she works at an academic library. Side Effects May Vary is Julie's debut novel. Julie can best be found on her website (www.juliemurphywrites.com), tumblr (www.andimjulie.tumblr.com), or twitter (www.twitter.com/andimjulie).

Feel free to post your own bucket list and join in the fun!!
﻿
﻿
Posted by Jess Capelle at 3:02 AM No comments: